Tell Your Friends About This Event

Tell Your Friends About This Event 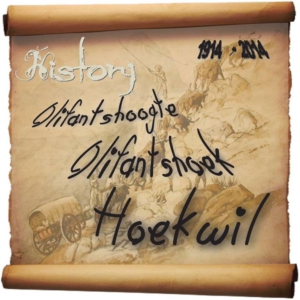 At the end of the nineteenth century many of the Afrikaans people in South Africa really suffered. Due to several reasons they were caught in the grip of poverty and isolation. Subsistence farming, fishing in the lakes area and the harvesting of the indigenous wood were their main sources of income. As in many other parts of our country, the Church was deeply concerned about the precarious living conditions of the people. The combined  interventions of the DR Church and the State was unavoidable.

It was during that time (1912-1923), that ds. Jan Andries Beyers actively took the lead to change and improve the lives of many people, not only those from the lakes area. The establishment of a church settlement at Olifantshoek where about 25 families were accommodated, is a monument of his love and commitment towards the poorest of the poor of his people.

It can therefore categorically be said that ds. Beyers was the founder of Hoekwil. His vision for the future and desire of a century ago, was to equip a generation out of the disadvantaged sections of his congregation with education, so that their future won’t be hampered by concerns, but that they will be able to tackle it  with confidence and  faith.

Originally Olifantshoek consisted mainly of a portion which was designated on the maps as the State owned Olifantshoek Plantations. Transfer thereof to the Church by the sympathetic Union Government for this essential and deserving case, was therefore just a formality.

Presently there are still various explanations of the origin of the name “Hoekwil”.

Throughout the years there has been a lot of development and now, after 100 years, the little village of Hoekwil is significantly different. It started off with schools being established by the church; water supply from the Divisional council replaced the old furrow system from the mountains; the railway line was built and gradually the ox wagon disappeared from the scene and large plantations were established.  In 1982 electricity eventually came to town – all this contributed to the material welfare of Hoekwil.

Although the younger generation leaves the area in search of  wider horizons, they often come back to the place were the shiny serpentine winds through the valley – the reason being:

•  We live in beautiful surroundings – which other people just dream of

•  Air pollution is not an integral part of our existence

•  Man and nature can live together in harmony

•  Silence is your preference – that is, if you can keep the frogs quiet

•  Your neighbours are also your friends

•  The stars are so close that you want to touch them

The actual beauty of Olifantshoek/Hoekwil lies in the caring hearts of it’s people – yesterday and today!